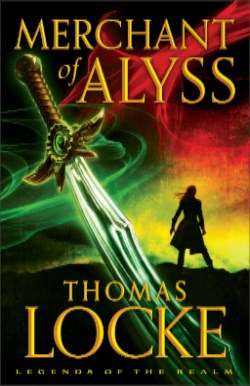 Beneath the hills of a primeval city, a vanquished enemy is gathering power. As this new threat arises, can Hyam summon his true heritage and overcome the forces of evil?
When Hyam reluctantly returned to the Long Hall, he never imagined how his life would change. Latent powers were honed, chance encounters brought new wisdom, and even love found a way into his heart. With his wife, Joelle, he now makes a home in Falmouth Port.

Hyam is slowly recovering from his battles when a mysterious shipment of Milantian scrolls arrives. Soon he is haunted by dreams of mythic beasts and coming conflicts. When Joelle falls under a sorcerer's spell, he must venture through the desolate lands to save her--and his community.

One particular scroll seems to hold the promise of new powers, but it also carries a hidden warning about an unfathomable threat. As Hyam sets out on another journey, he is keenly aware that he must rely on all his abilities--and his forbidden past--to succeed. His quest could bring deliverance . . . or devastation.


My Review:
This fantasy book was a nice change of pace from the typical books I read and a nice return to the series as I really enjoyed "Emissary."  "The Merchant of Alyss" draws the reader back into Hyam's world and into the struggles and adventure that he faces.  This is very well written and full of drama, excitement, tension and hope.  I love Hyam and Joelle, their characters and their relationship really make the story, but I also loved the new characters who you meet and I cannot wait to read book #3 and see where the story leads to and revisit these characters.


*Thanks to the Revell Reads program for the complimentary copy of this book in exchange for a honest review.*