Book Review - "When The Smoke Clears" 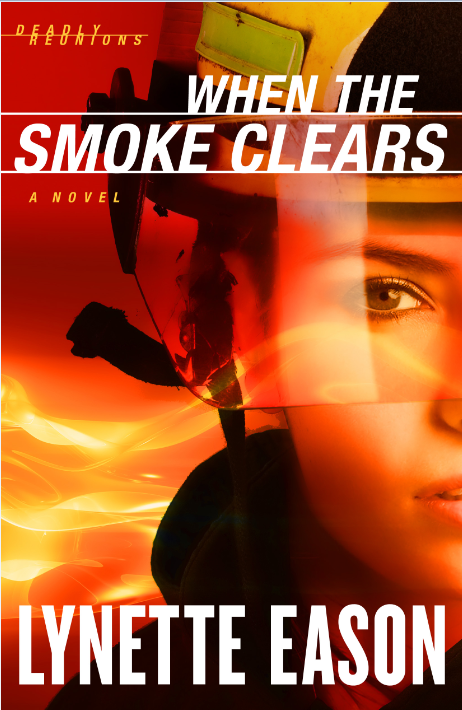 "When The Smoke Clears," Lynette Eason's first book in her new series, Deadly Reunions, will keep you turning page after page until the very end and you will wish for more!

Alexia has not been home in 10 years or had contact with anyone from home besides one of her best friend's Serena. When Alexia's firefighting gear is tampered with and she is also placed on probation as the investigation is taking place Alexia decides to return home for her 10 year high school reunion and to also check on her mother who is in the hospital. Serena is the only one who knows that Alexia is coming home, but as soon as she arrives at her mother's house a masked individual has killed her high school boyfriend in her mother's basement and someone appears to be out to get her. Hunter Graham is working the case and he finds his feelings are being personal as he had a crush on Alexia in high school. However, Hunter's brother seems to have feelings for her as well and is appearing every time something goes wrong, causing Hunter to suspect his involvement. As the lives of these individuals intersect and more and more attacks and incidents take place everything is surrounding an incident and secret from graduation night when Jillian, Serena and Alexia's best friend arrived at the after-graduation party terrified about something she had seen, but unwilling to share as she would place them in danger. Jillian disappeared and Alexia has not had contact with her since, but someone wants her found and the secret destroyed.

This is such a great start to the series! It is an intense and thrilling read and I cannot wait to read the next book as there are still unanswered questions at the end of the book in regards to the incident on graduation night, who all is involved with the attacks, the role of Alexia's father with all of the incidents and the relationship between Hunter and Alexia. Chad and Christine are such great characters and I am looking forward to their roles in future books as well. Highly recommend this book to any suspense fan and if you enjoyed Lynette Eason's Women of Justice series, this new series is a must-read for you!

“Available February 2012 at your favorite bookseller from Revell, a division of Baker Publishing Group.”
Posted by Kristie at 6:50 AM