Book Review - "Shadows on the Sand" 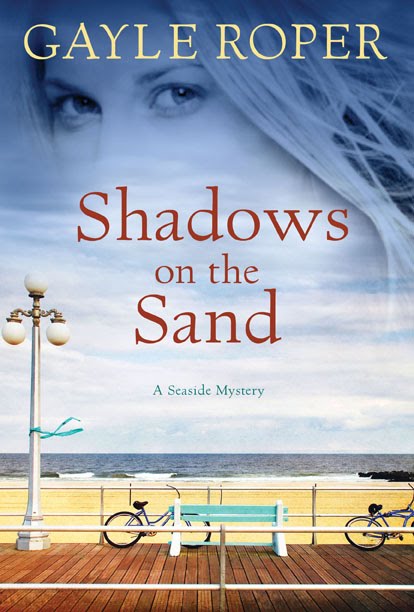 I was pleasantly surprised when I began reading Gayle Roper's "Shadows on the Sand" as she is a new author to me and this book is so much more than I expected!

Carrie and her younger sister Lindsay run away from home and begin a new life in New Jersey. Under the guidance of their "Godmother" they work at and now a diner. A teenage girl Andi working at the diner reminds Carrie much of herself at that age and seeks to gain her trust and help her. However, Andi is not willing to share her secret as she does not want anyone else to get hurt especially when Jase is found murdered. Although all fingers point at Andi's boyfriend Bill, Andi knows it was not him as Andi knows Jase from her life before living in New Jersey and working at the diner.
Greg goes to the diner every morning for breakfast and orders food he does not even like just to try and avoid memories of his deceased wife and children. Greg suddenly notices Carrie and believes it is time for him to move on, not just relationship wise, but in life overall as he used to be a cop, but since the deaths of his loved ones he has been managing properties. As Greg gets pulled into the mystery surrounding Jase's death and the disappearance of Andi, Greg learns that he can move on and he has more strength than he thought with God's help.

I really enjoyed this book! It has all of the elements for a great story - mystery, secrets, romance, healing. The characters all live out their lives strongly with hope and faith in God, but they are not pushy toward others who do not live the same way, instead they encourage them by their example. Mary P plays such an important role in this book, from taking in Carrie and Lindsay when they so desperately needed the help to being their for the girls when their mother and her husband show up suddenly at the diner. Clooney, Mr. Perkins and Cilla all play such great roles in the story as well and are such lovable characters! I cannot wait to read more of Gayle Roper's books!

*I received a complimentary copy of this book through WaterBrook Publishing in exchange for a honest review.*
Posted by Kristie at 8:40 AM