"The Roll of the Drums" 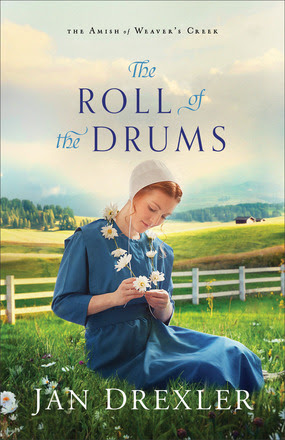 "The Roll of the Drums" is  such a sweet story of an arranged marriage between an Amish couple that when the promise was made it was never thought that it would actually happen, but it  has.  Ruby is single and older than most single women in the Amish community and she is fine with that, not thinking that she needs to be married to really live her life.  However, she made a promise as did her friend's husband that if something were to happen they would marry.  When Ruby's friend passes away, Ruby is faced with the choice of fulfilling the promise or not.  I found this story to be such a sweet and moving story that was different from the "typical" Amish novel as it was a different story line.  This was a quick read and I highly recommend this.
*Thanks to the Revell Reads Blogger Review Program for the complimentary copy of this book.*
Posted by Kristie at 3:38 PM